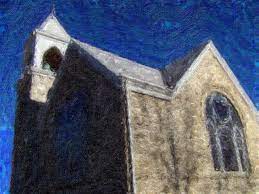 Are we allowed?
A reflection on a conception of church which requires people to ask permission, or might even have a membership fee.
‘Us’
Pastoral care. All Souls.

There has been a heavy load this week, in the work of pastoral care. Many of those who attended our All Souls service had lost multiple family members; many to Covid or to its consequences in terms of delayed diagnosis or medical intervention. And then the elderly folk who seem to have aged and become much frailer after lengthy spells of isolation and anxiety. And how to care for someone who can’t speak and can barely move: and how to resist evading this difficult encounter by leaving as soon as possible after having administered the tiniest of crumbs of the Body of Christ. How hard it is just to sit with someone? And how hard to process all this when you’re back home, looking back on the day, having ascertained (unsurprisingly) that this person feels lonely despite being in the company of the other care-home residents and staff, and despite having a good and loving family who visit as often as they can?

Perhaps the most difficult thing this week, though, has been that question ‘Are we allowed’? Are we allowed to have my brother’s name read at the service: he died last week but his funeral wasn’t at your church? Are we allowed to have our dad’s name written into the Book of Remembrance – he lived at the other end of town, you see? Am I allowed to bring other members of my family to the service? And some friends? Am I allowed to light two candles – there’s someone else I would like to remember? Or even the absence of the question – those who recounted after the service, that they had lost parents, siblings, friends whose names they hadn’t even asked to be added to the list, and for whom no extra candles had been lit.

Recently someone asked me how they could come to church. It took me a while to understand what was being asked. The person asking the question assumed that you have to fill in a form and pay a membership fee. Someone else asked ‘am I allowed to come to church?’

What is behind this? Where did the Church of England lose the message that the parish churches are there for everyone? How did we arrive at the idea that the church is someone else’s property? Could it be something as simple as the use of the word ‘us’? ‘Come and join us’ sounds so friendly enough, unless you’re not one of ‘us’? Or the endless debates about who is or is not acceptable – women, lesbians and gays – the list goes on. Who else might we not like? Who else might not be acceptable? Who else might not be ‘allowed’?

After twenty years ministering here, generally trying to meet people where they are, being a friendly face, caring for funeral families, helping folk with ghostly presences in their homes (even a poultergeist that tidied up), feeding kids in the school holidays, welcoming school visits, trying hard not to mind some overly riotous baptisms and the odd ‘Bridezilla’, it’s disheartening to find that there’s still no sense of the church being there for everyone. ‘Of course you’re allowed’ is the answer – but the question goes on being asked.