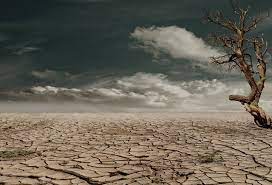 At a hospital appointment on Monday morning I was dismayed by the noise. There was a TV on somewhere – a sitcom with canned laughter but meaningless because the screen wasn’t visible. At the other end of the ward there was a radio playing, and then some people came in with a child and put a cartoon for her on a mobile phone – she wasn’t at all interested and put the phone down beside herself on her chair where it added to the cacophony. Of course, people were chatting to each other, and one man was talking on his phone. Then the nurses were calling people’s names to be seen – loudly and repeatedly so as to make themselves heard above the din. People were struggling to hear above the racket. We live in a very noisy world, most of us.

Deserts are said to be incredibly quiet places. I have no way of knowing whether this is true, but I can see that the absence of traffic, radios, televisions, mobile phones and people would reduce noise to a startling degree. These days there would probably be aeroplanes overhead, but I imagine there would still be plenty of space for silence. There would be the sound of the wind, of the sand shifting, maybe the cries of animals. But, apart from that, a profound silence.

Echoes of Forty Years in the WIlderness

Despite the silence, today’s passage about the desert is full of echoes – inward resonances backwards and forwards in time. This makes sense: in the desert the main noise would be the inner chatter of  the mind and heart. When we hear today’s Gospel reading, we ‘hear’ backwards:  the story of Jesus’ 40 days in the wilderness echoes the familiar story of the 40 years that the people of Israel spent in the desert en route from Egypt to their promised land. This story is one of the founding legends of Judaism – a story of triumph, of God’s leading, of the covenant between Yahweh and the chosen people, but also of hardship and hunger, of faithlessness and fickleness, of the worship of Idols. The forty years were a time of testing – it was shown that God was faithful even when the people were not.

We tend to think of Lent in very personal terms – our own struggles, our individual attempts at discipline, our personal sins and shortcomings. But behind the 40 days of Jesus’ time in the wilderness is the story of a whole nation which, at times, lost its way, seethed with discontent, was angry with its leaders, collectively fed-up, faced shortages of food, and didn’t know where it was going and how it was going to get out of this mess. This all feels very familiar! Just now, it feels as if the whole world has lost its way, and we feel helpless and directionless and full of despair. In the desert God calls his people to be faithful – to put aside the idols which lure us away from the right path, to live justly, compassionately and respectfully – to walk together in God’s ways, and maybe to be a bit noisy about these things – banging saucepans and clapping for God, so to speak.. This Lent is a good time to think about what faith has to offer to this world which has lost its way – and how that faith might be offered in order to make a difference. How can our lives of faith make a difference? How are you living as a person of faith in the world?

Moving forwards from today’s Gospel, there are echoes of Jesus’ ministry in the temptations he faced. We can see that, it was in the desert that he sifted his priorities so it would be hungry people he fed with miraculously produced bread, not himself, and not for personal gain: that it would always be God, his Father, whom he sought to glorify – not himself, and not the evil one who tempted him with power for its own sake: that he would not use miraculous power to avoid suffering, which really meant that would walk the way of humanity, and particularly of the poorest and least powerful. Later, he was taunted with the challenge to save himself and come down from the cross – but his time in the desert meant that he already knew that the answer was ‘no’. It is almost as if this wilderness time in Jesus’ life is the dress rehearsal – here he has time and space to work out the right answers for sure: once his ministry begins in earnest there will be less time for thinking, despite Jesus’ best efforts to seek time for prayer, time to be alone with God.

There are echoes of our own lives too. We all know what it is to wrestle and struggle with right and wrong. Sometimes we don’t know which is which. Jesus’ own struggles are a good guide for us: take your reading home and keep it somewhere safe – next time you’re wrestling with something, get it out and read it – I think that it offers clarity about choices and priorities – it’s a good guide.

We tend to think of wildernesses as bad places; we associate them with being lost, feeling bleak and perhaps in danger. I think today’s reading shows us that wildernesses also offer space, time and silence; the wilderness is a place to reflect, set priorities, re-adjust your direction, and most definitely a place to find God.

And, Lent is there to offer us this time in the wilderness: use it well: make space  to be quiet, to wrestle with temptations, to think through how to be a good person in difficult circumstances, to learn to hear to voice of God by putting yourself in a place where there’s less noise. And if all you hear is the voice of the evil one – and sometimes life does seem like that – know that to resist is to to walk in God’s ways. Be assured that green pastures are not far away, and that one day, soon, the voice of the tempter will be stilled, and it will be God’s words of comfort and love that you will hear once more.