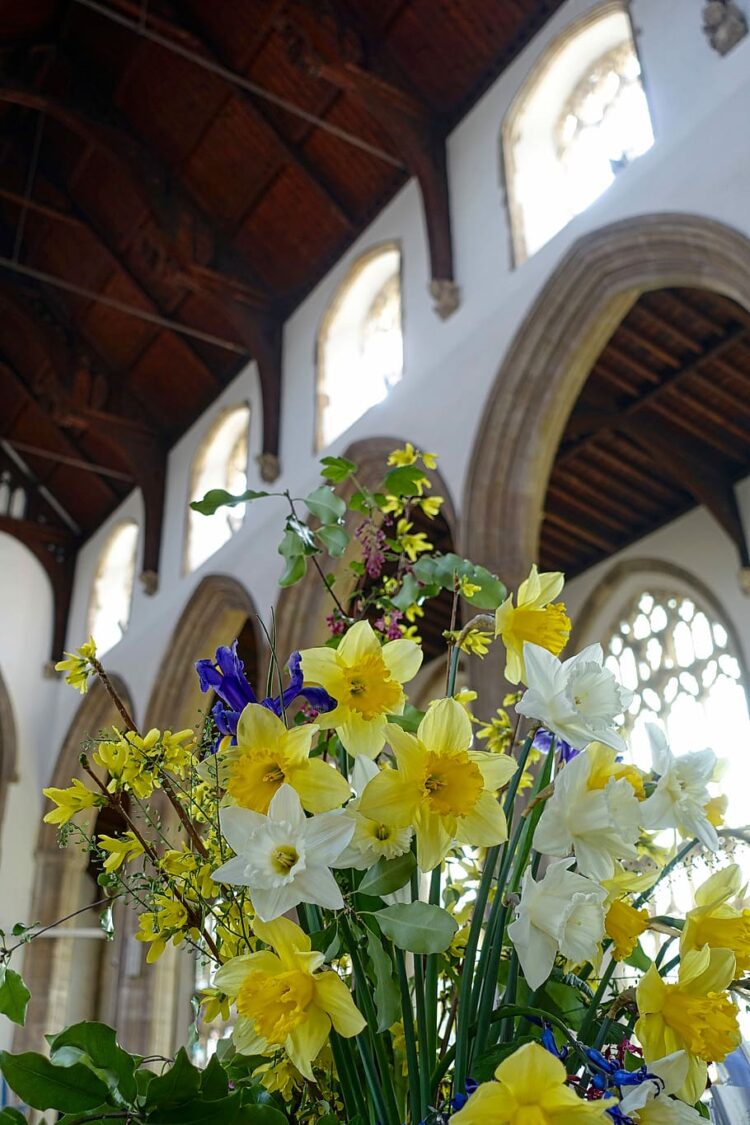 I was talking to my mum this week about the lady who used to come and help her with the cleaning – a cheerful and kind woman who lived in terrible poverty and was married to a violent and abusive man. Their son died as a young man as an indirect result of the beatings he received from his fathers’ hand – the damage meant that he had a colostomy as a teenager and only had one kidney. Of course, we know that domestic violence still happens, and children are still brutalized and sometimes killed, but, thankfully, this is now much rarer than it was.

This was in my mind as I sat down to write my sermon, because family life is very difficult for some people. Mums and dads are not always good mums and dads: some mums are unable to protect their children; some mums are, themselves, violent and abusive. Many have lost their mums: I know that there will be several in church this morning who have lost their mums to Covid. And then not everyone becomes a mum: some people take this in their stride, some choose not to have children, some have no children of their own but become mums and Grans to many through working with children – at church, in school, as volunteers. But for others not having children is heartbreaking. And then there are the parents who have lost children, or whose children are challenging to bring up.

And then there’s that other thing when you stand up and tell women how good they are at cleaning, cooking and washing up, how they’re always there, tireless and selfless, when the women concerned might prefer to be praised for their other skills – for their skills as accountants, technicians or managers – or maybe prefer for someone else to do the washing up in any case! Death my gender stereotyping…

All of which makes Mothering Sunday a bit of a nightmare.

I think we perhaps need to start from the other end – from the end of need rather than performance. For we all need mothering, especially in childhood: at the very least we can say that being mothered well is beneficial in our development as people. From there we can say that those who do this job – mums, dads, grandparents, teachers, childminders, neighbours, foster parents  – even the parents of friends – should, occasionally be honoured and thanked: mothering can be hard work and it’s often a thankless role as so much of it is unremarkable and routine – mothering is often invisible.

This Mothering Sunday, I invite you to reflect on those who have cared, nurtured and been kind to  you in your life – in the past, but also in the present: those who show you love. And to give thanks for them – maybe to say ‘thankyou’ in some way.

Twenty years ago, if you’d stood up in church and mentioned the motherhood of God, you’d probably have caused a riot. We have to remember that all our images of God are metaphors – God being beyond our full knowing and understanding. ‘Our Father’ is metaphorical language, just as much as ‘God our Mother’. Images of the motherhood of God are very ancient – in the Hebrew Scriptures as well as the New Testament, and in some very early Chrstian theology. At its best, the church, as Christ’s body on earth, reflects the mothering and nurturing nature of God: indeed, Mothering Sunday was originally all about the church, our mother! So the work of teaching and encouraging children, of enabling people of all ages to continue to develop and grow as people, gaining confidence, learning new skills, taking responsibility, becoming more confident in faith – all these things are important, and are a reflection of part of what we believe about God.

For some, experiences of their mothers are traumatic and cast a long shadow. But hopefully most people will have some kind of positive experience of a mother figure. Likewise, as with the family I mentioned at the beginning of this sermon, some grow up with violent and abusive fathers. When it comes to God-language, people vary – I know that many have struggled with naming God as Father because of their negative experiences of their fathers, while others have been able to trust God as the ‘good Father’ they never had. Whether we address God as Father or Mother, the important thing to remember is that God’s is the best kind of mothering or fathering: here is a parent full of love, care, concern, comfort. When we hold on to this, we are able to hear the voice of Mother Julian of Norwich, the medieval English mystic who wrote

‘when [a child] is hurt or frightened it runs to its mother for help as fast as it can; and [God] wants us to do the same, like a humble child, saying, “My kind Mother, my gracious Mother, my dearest Mother, take mercy on me”’

Kindness, graciousness, mercy – attributes of God and of the church and mother figures, whoever they are, at their best.