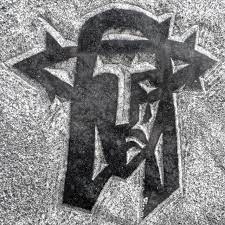 Philippe Sands: East West Street, Lviv, Holy Week, the faces of suffering, face to face, Livinas and the face of the other, compassion.

I have been re-reading East West Street by Philippe Sands: an account of the lives of two men who introduced the terms Genocide and Crimes Against Humanity into international law. Both men were Jewish, both lived in the Ukrainian town now known as Lviv in the first half of the C20th. Along with the author, both lost almost their entire families to the Nazi Genocide. We look back at those times with horror, but, at the time the persecution of the Jews was very popular: as we know, Hitler’s ideas were embraced with enthusiasm, and brutal behavior was rife. This week we have seen the return of this brutal behaviour as Ukrainian civilains have been killed: whether these crimes will be remembered as Genocide (an attempt to erase whole group or nation of people), or Crimes Agaisnt Humanity (violence to individual people) remains to be seen.

This year, as we turn our hearts towards our memorial of Jesus’ trial and crucifixion, we cannot help but ponder the war and violence which has come close to home with the situation in Ukraine. And we mustn’t forget Afghanistan, Syria, Palestine, large parts of Africa and central America which are also subject to terrible violence and bloodshed.

God shares in our suffering

Jesus’ Passion is the story of an innocent man, subject to brutal torture and death: in this Jesus is identified with the most agonizing and degrading experiences of humankind. For Christians, God has plumbed the depths of human experience: for us, there is nowhere in human life where God has not been: even when we feel most forsaken, we share our experience with God.

The faces of suffering, the face of Christ

For us, as Christians, this means that, when we look at the faces of those who suffer we see the face of Christ. When we see images of broken bodies on the streets of Ukraine, or on the mountain roads of Afghanistan, we see the broken body of our Lord. This is why Christianity, at its best, is a religion of compassion: at the heart of our faith is the redemptive suffering of a human, and of God.

Being carried along by the crowd

In this pondering of suffering in death, the crowd is ever present. Today, Palm Sunday, people are enthusiastic, excited, triumphant. But soon the crowd will be calling for crucifixion and death. So, today, we reflect how easy it is to be swept along with the crowd, how easy to be swayed by upsurges of opinion in social media, or even what is reported as fact in the press, when it is often merely opinion and often subtly malicious. The inflaming public opinion has a long history; we need to beware.

In his Second Letter to the Corinthians, Paul writes of the light of the knowledge of the glory of God in the face of Jesus Christ:  God’s glory shining from the face of Jesus who is both human and divine. Generally speaking, it is much harder to be malicious to people if we see them face to face: so it is that people often say they don’t like Muslims, or Jews  or Gay people, or, in my family, Jehovah’s Witnesses, apart from the ones who live next door, or the one who is married to someone in your family, or the one who is your child. Face to face, we are able to distinguish between people as fellow human beings and their beliefs or sexuality, and so on. So I might not agree with my Aunt, who is a Jehovah’s Witness, but I would certainly do her no harm: she’s alright really, although I find her beliefs difficult.

The French Jewish philosopher Emmanuel Livinas argued that people become ethically responsible to one-another in face-to-face encounters. Face to face encounters call us to give to and serve the Other – the person into whose face we look. In a crowd, in the abstract, or at a distance, it is easy to lose sight of faces – they become a blur. Face to face, we see fellow humans. Of course, hatred and violence can infect people, enabling them to harm or to kill at very close quarters. But, for most of us, coming face to face, knowing someone, takes away their difference – we see humans, just like ourselves.

The faces of suffering, the face of the suffering God, and the call to compassion

2 thoughts on “Sermon for Palm Sunday”