This week’s readings give us a ‘boost’ before the beginning of Lent on Wednesday. They all hold a common theme, but one which it’s not that easy to pin down. We could say that they are all about ‘revelation’ – about disclosures of amazing things: the fury chariot, the light-filled face of Jesus, the Transfiguration. I have a feeling that what is suggested isn’t ‘miracles’, but rather the sudden ability to see what is real but normally veiled. And what is ‘unveiled’ in all these readings is glory.

Why is this glory veiled? Perhaps because it is so beautiful, so bright, that we would be destroyed by it if we were to see it fully. Think of Moses, whose face had to be veiled because he had seen God – but only from behind as to see God fully would bring death –  and Moses’ face was so bright people couldn’t bear to look. This was the reflected Glory of a very limited seeing of God but it was still hard to bear. So this glory is veiled for a very good reason – the brightness and glory of God is too much for us.

But there is another reason that glory is veiled, and that is that we don’t open our eyes to look. We are closed to wonder. This is perhaps especially so for adults: children often seem much more open to wonder.

I think the opening of his eyes to see that which is glorious, is what’s behind the story of Moses and the burning bush. It may, of course, have been on fire but not consumed. But it could also have been a beautiful shrub with the sun shining through its leaves, or perhaps with wonderful berries backlit by the son. Whichever of these it was, the story is about suddenly ‘seeing’ something sublime, something of great and awesome beauty. We might describe this as a mystical encounter – Moses’ eyes were unblinkered for a time so he could see glory. The theologian, Rheinhold Niebuhr, identified this as the human capacity for self-transcendence – something which involves the expansion of personal boundaries, including, potentially, experiencing spiritual ideas such as considering oneself an integral part of the universe.

In Christian theology these moments are associated with the Holy Spirit: it’s the Spirit working within us that  gives us these glimpses of glory.

Often these moments come upon us unbidden in the most unlikely of circumstances: I know someone who had a mystical experience whilst looking at the communications tower in Heaton Park in Manchester! But often we don’t see glory because we go around with our eyes closed – in a spiritual sense, of course. We are closed to glimpses of glory because we have stopped looking for them.

Perhaps, this week you could purposefully look at the world around you, at people, trees, birds, plants, animals, landscapes, and be prepared to be overwhelmed by beauty. Or perhaps to listen – the song of the birds, the rustling of grasses or leaves, the shouts of playing children, some beautiful music – and be prepared to be overcome by joy. Where might you catch a glimpse of God’s glory?

I leave you with some poems and images all about revelations of glory:

First, Thomas Traherne, a 17th century English poet and priest, who  is remembered for his ecstatic poetry arising from his experiences of the glory of creation. One of Traherne’s poems is copied below, as well as an image from the wonderful Traherne window in Hereford Cathedral by the artist Tom Denny – it captures Traherne’s ecstatic experiences magnificently. The window is well worth going to see if you ever get the chance. Indeed, any stained glass by Tom Denny is worth going to see! 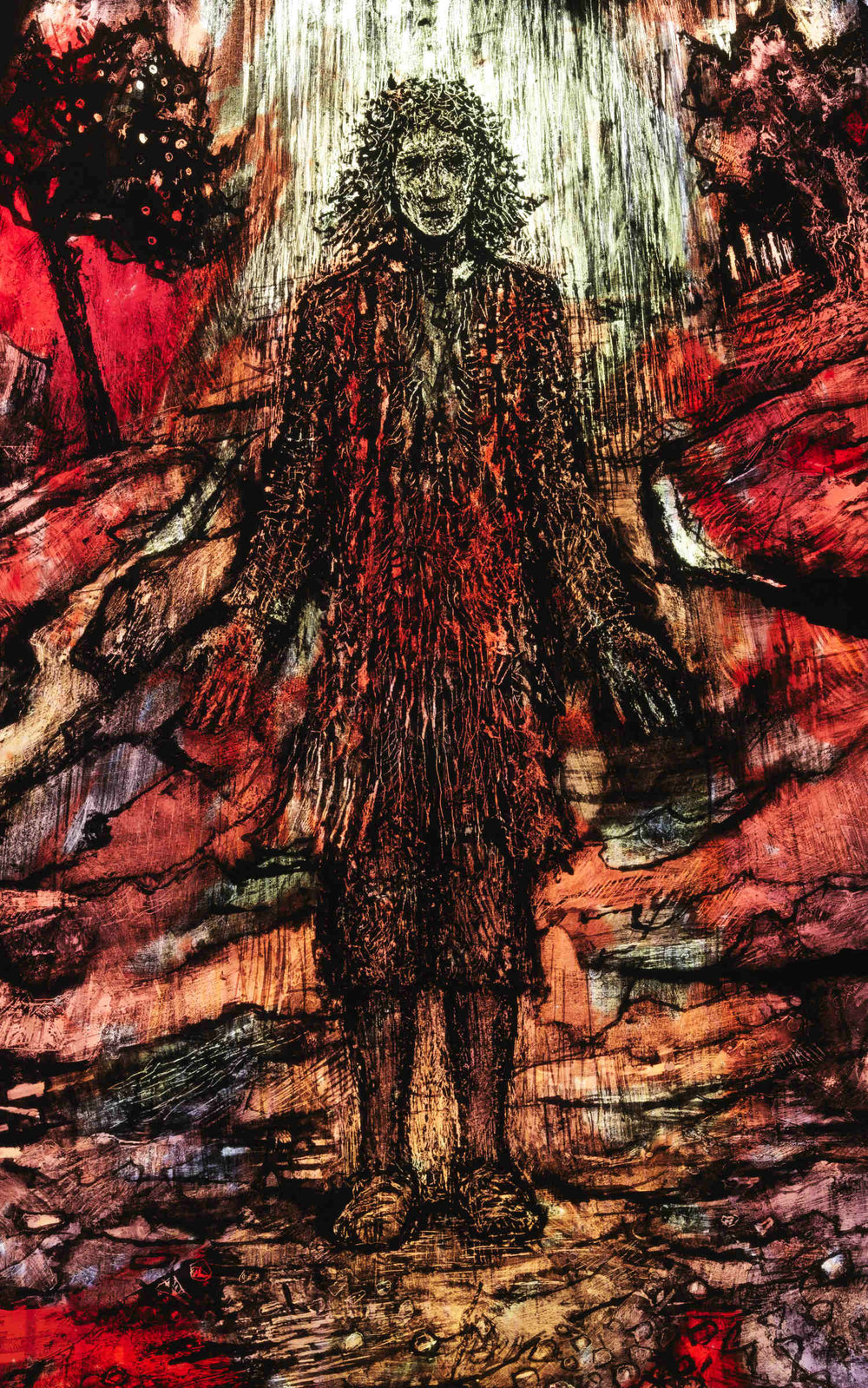 How bright are all things here!

When first among his works I did appear

O how their glory me did crown!

The world resembled his eternity,

In which my soul did walk;

And ev’ry thing that I did see

Did with me talk.

The skies in their magnificence,

Oh how divine, how soft, how sweet, how fair!

The stars did entertain my sense,

And all the works of God, so bright and pure,

So rich and great did seem,

As if they ever must endure

A native health and innocence

Within my bones did grow,

And while my God did all his glories show,

I felt a vigour in my sense

That was all spirit. I within did flow

I nothing in the world did know

Were hid, and only things reveal’d

Which heav’nly spirits, and the angels prize.

The state of innocence

And bliss, not trades and poverties,

Did fill my sense.

The streets were pav’d with golden stones,

The boys and girls were mine,

Oh how did all their lovely faces shine!

The sons of men were holy ones,

In joy and beauty they appear’d to me,

And every thing which here I found,

Rich diamond and pearl and gold

In ev’ry place was seen;

Mine eyes did everywhere behold.

Amazement was my bliss,

That and my wealth was ev’ry where:

No joy to this!

And fraud, those fiends that spoil even Paradise,

Flew from the splendour of mine eyes,

And so did hedges, ditches, limits, bounds,

I dream’d not aught of those,

But wander’d over all men’s grounds,

Proprieties themselves were mine,

Did not divide my joys, but all combine.

My joys by others worn:

For me they all to wear them seem’d

When I was born.

Secondly, the paintings of Thomas Palmer. Palmer was a 19th century English artist who depicted the mystical and mysterious beauty of the landscape around his home around Shoreham in Kent.

Here are two of his paintings – if you look you can see that they are full of glowing light. Ordinary things become sublime.

A Cornfield by Moonlight

Finally, a favourite poem by RS Thomas, the 20th Century Anglo-Welsh poet and Anglican priest. The Bright Field  speaks about those shining moments in life — moments of grace, beauty, inspiration, epiphany — where we fleetingly encounter the divine or feel a deep connection to the universe.

I have seen the sun break through 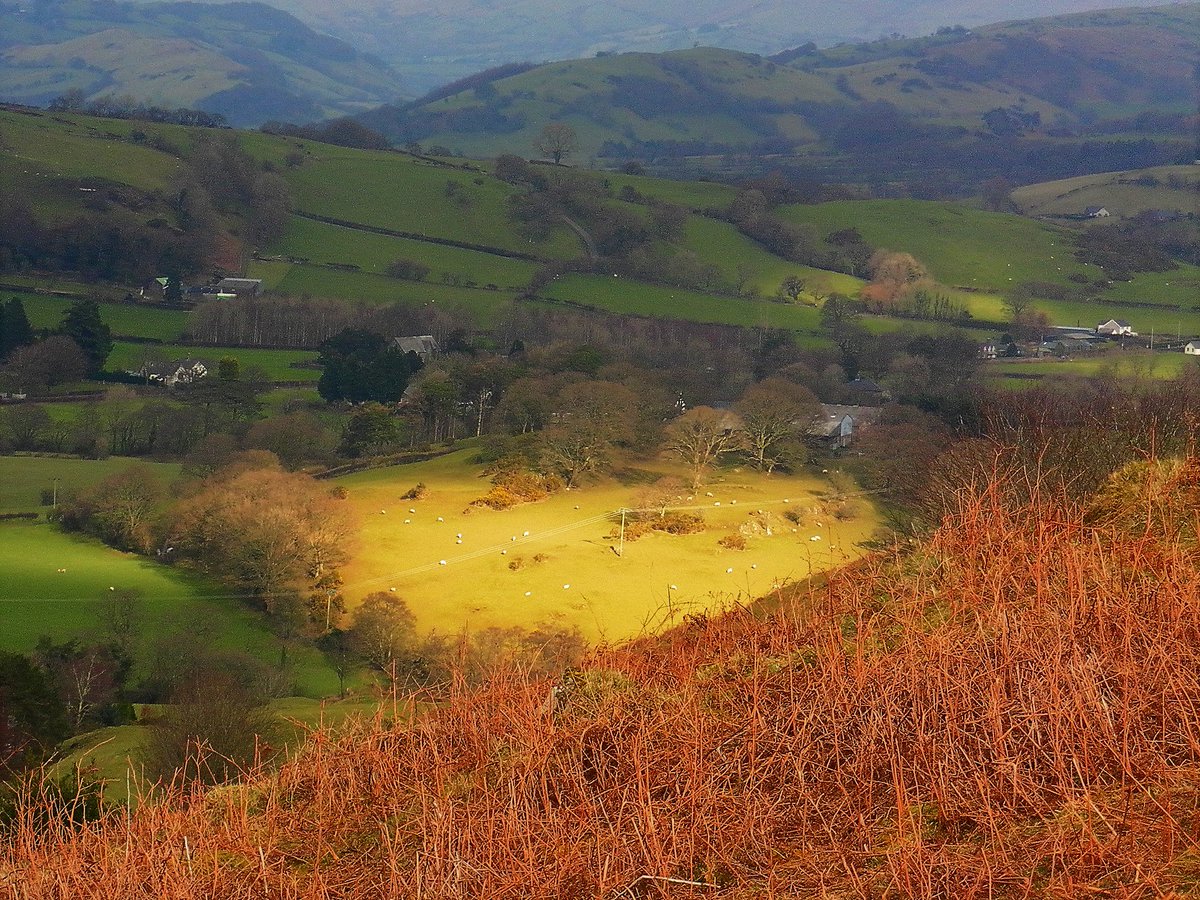 to illuminate a small field

for a while, and gone my way

and forgotten it. But that was the

pearl of great price, the one field that had

treasure in it. I realise now

that I must give all that I have

to possess it. Life is not hurrying

on to a receding future, nor hankering after

an imagined past. It is the turning

of the lit bush, to a brightness

that seemed as transitory as your youth

once, but is the eternity that awaits you.

May you find glory this week!